Last Sunday at church the drummer was taking vacations so I was half band team for worship. what to do? I came up with a good idea that worked really well. I have been working with apps such as IK multimedia Sample Tank for iPad and a drum machine called DM1 app for around 4 years. Last week I really learn how to make the most out of the two apps simultaneously. 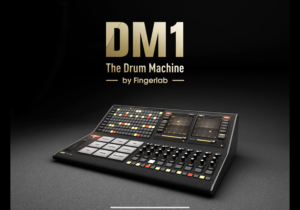 I use Sample Tank as my main portable audio instrument layering app for my piano at church. Basically, I have my iPad Pro connected to a Scarlett 2i2 interface and a Yamaha piano connected via USB MIDI to the main sound mixer. That´s been my main configuration for portability and good sound quality for the last years. As you can see in the image I have 8 slots where I can put any instruments that I need. Due to the lack of musicians at church thins kind of apps are the best option. 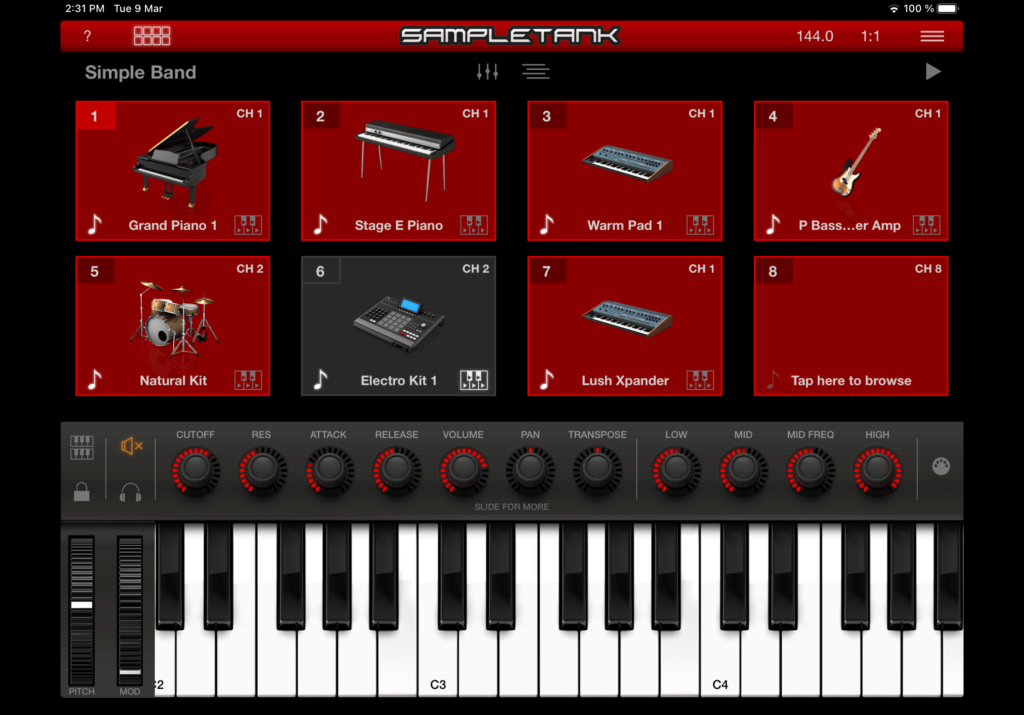 The main objective of using this app is to replace the Bass player and the support pianos like PADs or ambient effect. But additionally last Sunday I had to replace the drummer with this app. by the way the app has really good drum samples, but a lack of drum tracks that why I introduce the app DM1 into the rig. Basically what I like about DM1 is the versatile and simple interface to create drum tracks and store them in slot memories and launch them sequentially. Finally what I did was to use both of them and take out the best of these two apps, the easy non-drummer interface of DM1 and the good quality sounds of drums in Sample Tank. 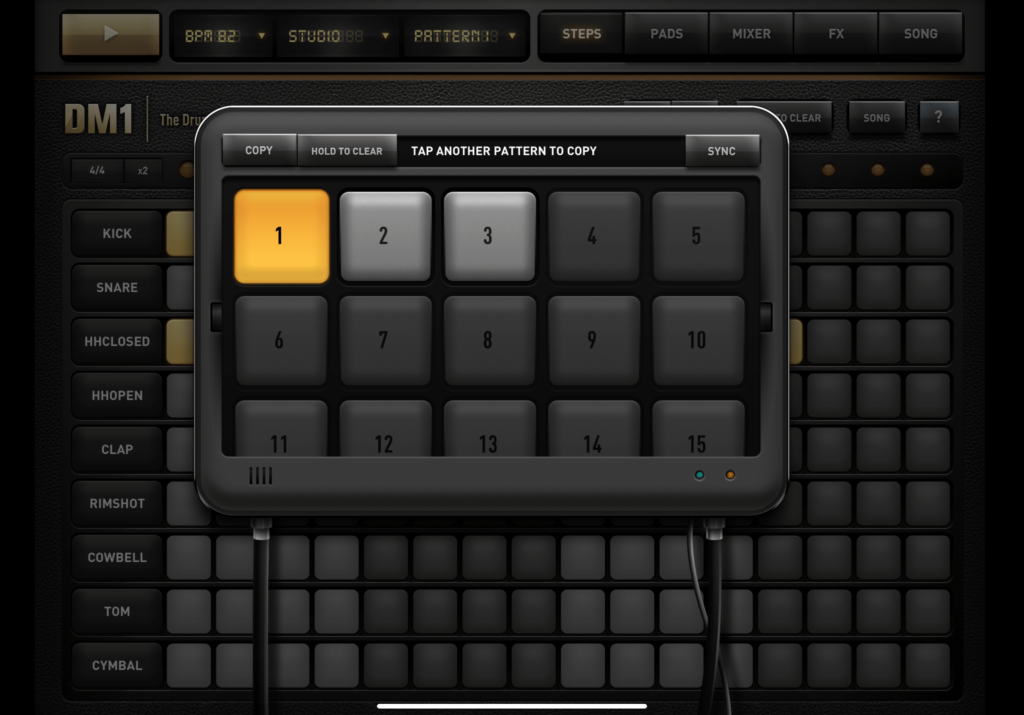 The DM1 gives the option to store each drumbeat in a memory shown in the picture above.

Using MIDI  from the DM1 app via channel 2 I send the beats of each track to Sample Tank and play Live during Sunday service. Controlling the Piano, Bass, Pads, Electric Piano with a Yamaha YPT-150 via channel-1 MIDI and controlling volume and low cuts with a KORG NanoController via channel-2 MIDI.

I assign slider number five to channel to in order to control the volume of drums during the performance and also de knob assign to the lower filter cut to change the sound of drums between songs. To give more versatility to the performance. 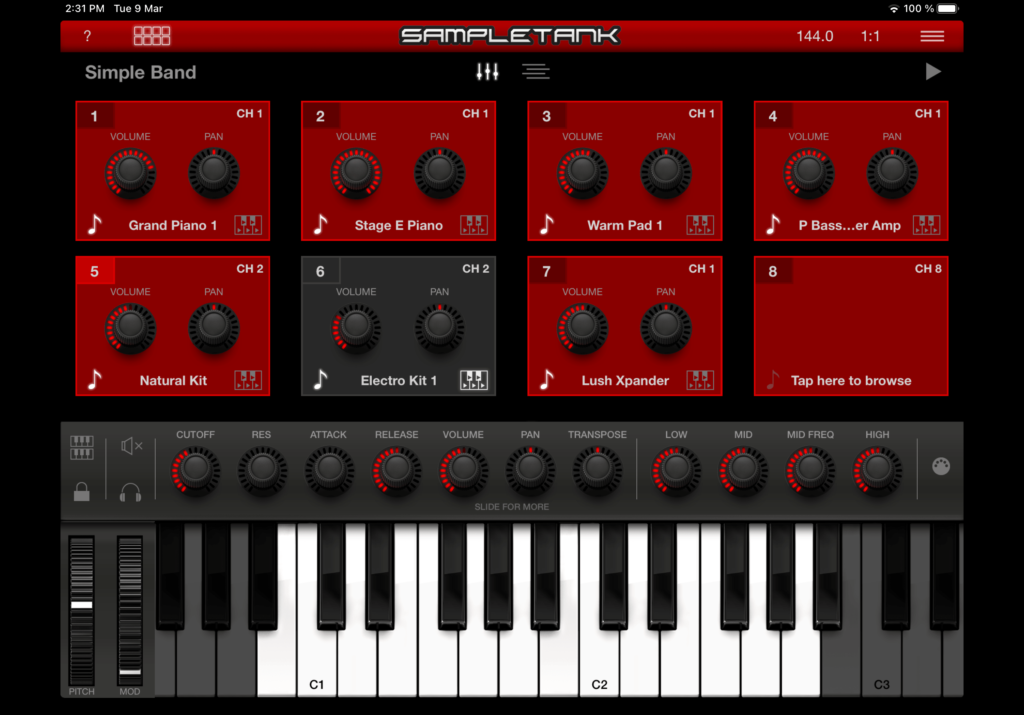 And the final result is shown in the following videos.